Right now it’s Dexter.  A month ago it was Walking Dead.  Before that Trailer Park Boys.  Before that…well, let’s just say I’ve been with a lot of shows.

The list of shows I’ve binge-watched is so long I almost want to lie to people about my number.  I feel like the girl who went hog-wild in college with her bedtime liaisons, then tells her fiance that she’s only been with a couple of men.  We all know that ain’t true, sister.

My number’s high.  Like, real high.  I never questioned my hours spent devouring a season of Twin Peaks in a weekend until I saw that the word ‘binge-watch’ made the shortlist for Oxford Dictionary’s word of 2013.  ‘Binge-watch’ was runner up to ‘selfie.’  Now, I know taking excessive selfies must be bad for one’s soul, so I asked myself, ‘Is my binge-watching habit bad for me?’

The answer?  Kind of.

Here’s the biggest downfall I can see to binge-watching.  I have become a plot slut.  A huge one.  I need to know what happens next, everything else be damned.

If people knew about my habit, they’d point at me and say, ‘That guy’s a gargantuan story whore.’  And they’d be right.

The issue with needing a plot fix is that I’m so willing to watch three episodes of Dexter, for example, that I’m not really digesting the nuance of what the writers and directors are trying to communicate to me.  I’m allowing much of the aesthetics of lighting and film making and dialogue and backstory to be cast aside so I can find out what happens next.  Instead of ingesting an episode of a show and letting it reverberate through my mind for a few days, I’m force-feeding plot into my orifices like an obese man eating fist-fulls of Crisco wrapped in bacon.

Some shows have less subtleties than others.  For example, Walking Dead is plot-driven. Plot’s about all it has going for it.  Most of the characters are flat.  The dialogue is trite.  It’s a show about what happens in a post-apocalyptic world.  I don’t have any regrets about over-dosing on a few seasons of zombies and a stale depiction of humanity.

It’s shows like Twin Peaks and Six Feet Under and The Sopranos and House of Cards that I wish I would have taken a bit more time on.  As a writer, those shows can teach me about character development, world building, dialogue, irony, what drives a character, etc.  Binge-watching those shows is like shoveling a filet mignon from a three star Michelin restaurant down your grocery hole in one bite.  What’s the point?

I’m thankful that I’ve watched Mad Men as the episodes have appeared on AMC.  I love the week of discussing Don Draper’s latest moves towards self-effacement and the clues Matthew Weiner and co. give the viewer to keep us on our toes.  I’ve gotten so much more out of that show because I haven’t binge-watched seasons at a time. 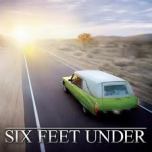 Am I likely to change my ways?  Was Madonna able to close her legs in the ’80’s?

The best I can hope for is to find the self-control so that when the next Six Feet Under shows up, I don’t binge-watch myself out of experiencing the show’s truest nuanced beauty.